Church: Nothing More Than a Sunday Affair 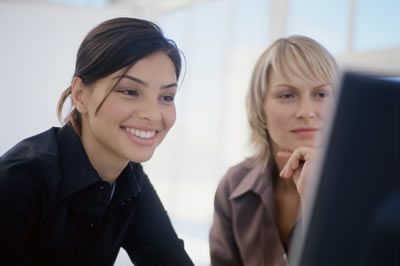 I fear, wherever riches have increased the essence of religion has decreased in the same proportion. Therefore I do not see how it is possible, in the nature of things, for any revival of true religion to continue long. For religion must necessarily produce both industry and frugality, and these cannot but produce riches. But as riches increase, so will pride, anger and love of the world in all its branches.
—John Wesley

The above quotation caught my eye not long ago and it’s relevance to our present age rang a familiar bell. Although it was written more than 200 years ago by the founding father of Methodism, the exhortation for us is the same. We must learn to strike a balance in our lives. It is a call to be not of the world even though we are in the world. On one hand, John Wesley says that our Christianity should produce people who are industrious, yet simple and thrifty in lifestyle. On the other hand, such discipline will inevitably produce wealth. The challenge lies in this paradox.

Church: Nothing More Than a Sunday Affair

Present day church has been reduced to nothing more than a Sunday affair. Acts 2.47 says they were “praising God and enjoying the favor of all the people. And the Lord added to their number daily those who were being saved.”

We have inculcated a “Submarine Christian” culture where the values of our members submerge six days a week and resurface on Sunday. How then do we bring the ordinary Christian to live a super-ordinary life seven days a week?

John Wesley’s life was one of radical living. He saw the indifference of the church toward the poor and needy and he sought to make a change. He saw the need to nurture and disciple the Christians, and he organized them into societies, classes, and bands. The direct result of this structure was a disciplined and holy community where each person took the responsibility as a Christian seriously.

Wesley placed major emphasis on evangelism and social concern, yet made no dichotomy of the two. His exhortation to the early Methodist was, “Do all the good you can, in all the ways you can, as long as you can.”

Wesley embarked on many radical paths, but I am most inspired by his emphasis on the lay ministry. With the exception of a few ordained clergymen, most of the lay preachers, class leaders, and those responsible for ministries like visitation and social needs in the Methodist Revival of the 18th century were all lay people.

Wesley learned to harness the God-given spiritual gifts of each individual Christian instead of allowing pew sitters and spectators in the church. He went to extensive lengths to make sure that his leaders were properly trained and prepared for their task.

There is a great deal of excitement about the cell concept at the church I pastor, Damansara Utama Methodist Church in Malaysia. The cell group agenda of the two Es—Edification and Evangelism—is a case in point. Members of the church meet in cell groups of between five tofifteen in size. It multiplies into two groups when it reaches the size of fifteen. Ministry and edification must be the explicit reason for its existence, while multiplication of the cell groups and evangelism must be the explicit aim for cell group growth.

Built on the principle that all Christians are ministers and that the work of the ministry should be performed by every Christian, the strategy of the cell church is to mobilize lay ministry. According to Ephesians 4:11-16, God has provided apostles, prophets, evangelists, pastors, and teachers to prepare God’s people for works of service.

Such a church is not built around the assembling of all its members, but rather the clustering of believers in basic Christian communities or cell groups. While it has weekly worship events and regional celebrations, the focus is always kept on the cells. This is where the life of the church is.

We recently had someone from the cell group seeking prayer for a sick family member. When the leader suggested that the group as a whole lay hands and pray for the sick, the person concerned hinted that a pastor should be called in as well. Asked why that should be so, he replied that the pastor has more “healing power.”

You may be amused by this, but the fact is most of us grew up with the mindset that the pastor or elders and leaders should do everything from visiting the sick in the hospital to maintaining the church. And we judge the poor pastor’s effectiveness by this rule. Too often we have heard members of a church saying that the pastor or elder is no good because he or she did not visit so-and-so who was sick. What we have forgotten is the huge human resource available in every church. Our role as pastors is to equip them.

The challenge ahead for local congregations is to mobilize the whole church for the works of ministry in broad utilization of the two Es. We are working toward the day when every Christian in our congregation will “fit” in the ministry of the church according to the spiritual gifts God has given to him or her. And at every gathering of God’s people for celebration, we want every need to have been met on a personal level at the cell group, and every work of evangelism to have been established at the cell group. Then the time of celebration will become a time of rejoicing and harvesting. That will be a glorious day!

Our congregation has been growing at a 50 percent membership rate and out of this, 50 percent are first-time converts to Christianity. This has been the growth rate since we transitioned into a cell church in August 1993, with a membership of two hundred. Currently, that figure is about twelve hundred. We have not seen revival yet, but we are ready for it to come. We wait with a wide front door, but a narrow back door.

Written by Chris Karn. Chris has been involved in the cell ministry of the Damansara Utama Methodist Church of Kuala Lumpur, Malaysia since its early stages.   Used with permission. All rights reserved. Content distributed by WorkLife.org > used for non-profit teaching purposes only.