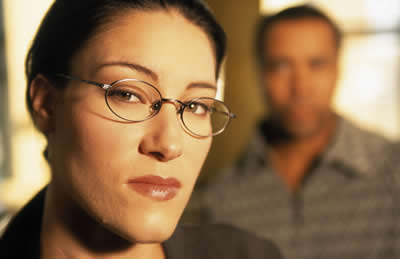 Gossip, backbiting and jealousy—these are topics I would prefer to avoid because they’re not much fun! But these are very real issues facing marketplace Christians.

Gossip is defined as mischievous or idle talk about the affairs of others. It is usually degrading and belittling, and always unnecessary. Backbiting is making a verbal attack on someone behind their backs when they’re not around to defend themselves. It’s similar to gossip, but more malicious and with more evil intent. Jealousy indicates resentfulness and hostile envy toward someone because of their seeming advantages, good fortune, etc.

Well, as unpleasant as these topics are, the facts are, many of us work in environments where these three things are common occurrences. How do you deal with it? I’ve noticed three common reactions you’ll find to gossip, backbiting and/or jealousy:

1. Some people fight fire with fire. If others are going to gossip about them, they gossip about others. When someone talks about them behind their backs, they return the favor. Their motto’s are: “Take care of Number One,” “Get them before they get you,” “Learn to play the games,” or “Don’t let anyone run over you.” These are the people who let the crowd bring them down to the low level of gossip, backbiting and jealousy, and they catch the same disease.

2. On the other hand, there are others who simply sigh huge sighs of frustration and resign themselves to the inevitableness of the situation, not because they don’t want to fight, but because they don’t know how and they’re afraid. Lots of people do that, particularly women, because they want to avoid confrontation. These people often harbor a great deal of anger underneath the surface, which comes out in other unhealthy ways. But on the job, they try not to show their feelings.

3. And then there are those who go on a campaign to rid their working world of these diseases of gossip, backbiting and jealousy. The methodology for this option is to accuse, confront, expose and lecture, and while the motivation may be admirable, the results are usually disastrous. It is often a condescending approach and a condemning approach which turns people off.

It’s pretty obvious that none of these are suitable Christian responses. But what is suitable when we find ourselves in a job that daily inflicts upon us a barrage of gossip, backbiting, and jealousy?

One important element in dealing with people is to understand why they are the way they are. Well, one reason people make these malicious, unflattering, spiteful comments about others is that they feel very insecure about themselves, and this is a destructive way they have developed to try to make themselves look better. It certainly doesn’t justify their behavior, but you can at least see why they do it, and that helps you cope with them better.

Also, there are specific occupational conditions that serve to encourage destructive interrelationships among people. Some professions, some management styles and some organizations seem to promote it more than others.

But there is a deeper cause which we need to understand very well, and we can find that in 2 Timothy 3:1-3:
But realize this, that in the last days difficult times will come, for men will be lovers of self, lovers of money, boastful, arrogant, revilers, disobedient to parents, ungrateful, unholy, unloving, irreconcilable, malicious gossips, without self-control, brutal, haters of good.

Paul tells us that it’s not going to be easy to get along with other people during the last days, because people will love themselves and money above all else. Furthermore, they will not be appreciative, and you won’t be able to get them to reconcile their differences; they’ll prefer to hold on to their hurt feelings and bitterness. They will be malicious gossips, without any self-control or any desire to be good.

Does that sound like some of the people you work with? This is the real root cause of the epidemic of gossip, backbiting and jealousy which we often encounter. It is a sign of the evil times in which we live.

Some environments are worse than others, and you may choose to escape the situation you are in, if it is particularly oppressive. But you will never escape it altogether.

Well, it is a very sad situation. But why not focus on the good news. The proliferation of this kind of evil environment is a sign that this world won’t last forever! We may be victims of it now, but it won’t always be this way. I think this gives us hope, and that’s a good way to think about it.

Written by Mary Whelchel, founder and president of The Christian Working Woman. © christianworkingwoman.org  Used with permission. All rights reserved. Content distributed by WorkLife.org > used for non-profit teaching purposes only.