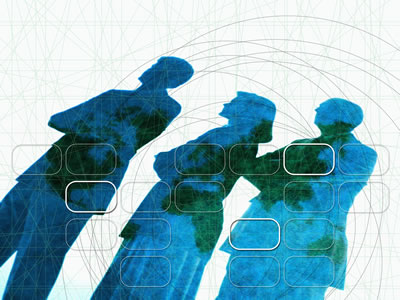 I like the word “laity.” Not many people use this word today; in fact, most young people are completely unfamiliar with the term. “Laity” is derived from the Greek word laos, and is used in the Bible to refer to “the people of God.” It is an inclusive word, a word that encompasses everyone from prestigious leaders to the most powerless.

In the history of the early church, distinctions evolved which glorified the position, or status, of some Christians over others. By the Middle Ages, monks were considered more spiritual than other people because they devoted their lives to meditation and prayer, while ordinary people outside the monastery engaged in “worldly,” or “secular,” vocations.

Sixteenth century Reformation leaders, particularly Martin Luther and John Calvin, rejected the idea that those Christians who withdrew from the world into monasteries were somehow more “spiritual” than the many other Christians who worked as teachers, carpenters, farmers and homemakers. The words “priesthood of all believers” became the catch-phrase of the Reformation; instead, its leaders proclaimed all Christians were “priests” and ordinary people did not need another person to act as God’s intermediary. Followers of Jesus Christ had direct access to God through prayer and there was no need for a special class of “holy men,” as all the people of God were equal in God’s eyes.

Unfortunately, this part of the Reformation’s legacy was never fully realized. Today, in Protestant, Catholic and Orthodox circles, the distinction between “ordinary” people and professionally trained church leaders continues. Clergy, missionaries and evangelists are often treated in the evangelical community as individuals with a “higher calling.” In Catholic and Orthodox churches, priests and bishops are clearly believed to be doing the more important work of the church. This distorted view of spirituality gives prominence to professional clergy while placing everyone else in a lower, “less spiritual” category.

In ordinary conversation in Protestant circles, this view is often heard when someone says they are going “into the ministry.” What they mean is that they are entering seminary to be trained as a professional church worker. The implication, however, is that their career as a pastor or missionary is “ministry,” while those of us not seminary-trained are doing something other than “ministry.”

This way of thinking troubles me. It represents unfinished Reformation business and I, for one, want to complete the job! To this end, when someone says to me that they are going into the ministry, I usually respond by saying “Which one? Business, teaching, social work, church work? Which ministry?”

We Are All Laity

This is one of the reasons why I like the word “laity.” According to the Bible, all Christians are the “people of God” – there is no first-class/second-class status in the family of faith. All of us, as followers of Jesus Christ, have a “calling.” We are called to be disciples of Jesus and “to lead a life worthy of the calling to which you have been called” (Ephesians 4:1). This “calling” impacts all facets of our lives, including our work.

In the same way, all Christians are “saints,” according to the Bible. In the New Testament, this is a very common way of referring to the people of God. In Catholic, Orthodox and even some Protestant circles, the word “Saint” is reserved for those special individuals distinguished by their Godly lives. Yet, in Scripture, the word is used to refer to a local group of Christians; mere ordinary people like you and me. As followers of Jesus, we are “saints.” This is a reality that already exists, not a description of a future status.

Each of Us Has Ministerial Rank