Living and Leaving the American Dream 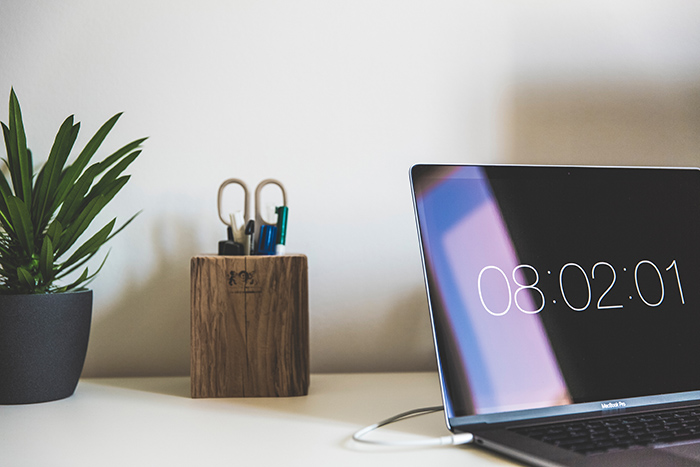 Do not let this Book of the Law depart from your mouth; meditate on it day and night…. Then you will be prosperous and successful.

I was a black man living the American dream, advancing quickly up the executive ladder with General Motors (GM) in Detroit and enjoyiing the material rewards that came with it. Friends said I was a role model to other young blacks, living proof that one could achieve in spite of minority status. Why, then, after ten years would I turn my back on GM to move to Atlanta and take a management position with a comparatively small baking company?

Many people asked me that question, including my wife. To be honest, for a while I was not certain of the answer myself, but ultimately it boiled down to my definition for success.

I enjoyed my job as administrator of personnel services at GM’s Fisher Body Division – the plush office, the status, the availability of a new car every year, and the ongoing challenge of new and greater responsibilities. After five promotions in six years, I had envisioned myself moving to the top of General Motors. At the same time, however, there was a continual tension in my life. I had committed my life to Jesus Christ as a teenager and understood that I was “God’s workmanship, created in Christ Jesus to do good works, which God prepared in advance for us to do” (Ephesians 2:10).

So the pressing question for me was, what did God want me to do? I knew He wanted me to serve Him, but I had a nagging sense that it might not be at GM, where job demands were requiring me to sacrifice more and more time with my wife and children. I also had to resolve another question: What was I trusting in … the money and opportunities that a large corporation could provide … or God? It was not easy to admit, but I had come to depend on the blessings, rather than the Source of the blessings.

As I projected my life into the future, I could see myself always aiming for the next promotion, spending my entire life working to get to the top. Would I become like many men I knew, men who had made lots of money and built successful careers but were unhappy and dissatisfied with it all? Then I thought of my father, who had spent thirty-nine years as a watchman for the Pennsylvania Railroad. His job could not afford us many of the tangible things in life, but there never was a lack of two important intangibles: time and love.

I’d like to say deciding that God and my family had to be my top priorities came easily, but it didn’t. The things that come with corporate success were nice. And I knew there was more to come; it was a time when being talented and black afforded more advancement opportunities in large corporations.

But God was breaking me. The material things didn’t seem as rewarding, and I was unhappy. Proverbs 1:8 says, “Listen, my son, to your father’s instruction and do not forsake your mother’s teaching.” My father and mother had succeeded in instilling the values and importance of Biblical principles and family life into me, and I recognized that I was not where God wanted me to be.

My internal conflict went on for weeks. I would plead, “But Lord, you’ve given me an opportunity to be an example for other young executives.” And then I would get to a point and pray, “Lord, I give up. What do You want me to do?” I shared my dilemma with Crawford Lorittz, a good friend whom I had met through Campus Crusade’s Here’s Life Black America program. He promised to pray with me, asking that God would make His will for my life clear.

In 1982, I was contacted by Don Patterson, chief financial officer with the Edwards Baking Company in Atlanta. He was calling at the direction of the company president, Joe Edwards, who had gotten my name from … Crawford Lorittz. Don told me the company was in the midst of a major expansion, and Mr. Edwards wanted someone to head up the personnel department.

At first, I wasn’t interested. The company was small, privately owned, it could not offer many of the benefits I already had at GM, and I didn’t relish moving to a new city. But Don was persistent, and finally I agreed to fly down and meet with him and Mr. Edwards.

In Atlanta, Mr. Edwards told me that he had committed his company to the Lord and wanted it to be an example of what a Christian business can be. That turned a light on for me, since I had never encountered a company where such a commitment had been made in terms of policies and products. The more I learned about the Edwards Baking Company, the more it appealed to me. Corporately, it could not compare with GM in any respect, but it did offer me an opportunity to help build something meaningful and be part of a business whose owners were striving to consistently represent God in the marketplace.

Although I was becoming more receptive to a job change, drastic as it was, my wife, Toni, was not. She was six months pregnant with our third child; she loved our home and did not want to leave our many friends. Our children were attending a good school, and we were very active in our church. That was also the year of the child murders in Atlanta, so the city did not seem like an ideal family environment. There were many good reasons for not moving, but God seemed to want us to move to Atlanta anyway. I couldn’t help but feel a little bit like Abraham being led into Canaan.

Fortunately, God had given me a wife who was as committed to Him as I was. When I told her I felt God wanted me to take the job in Atlanta, she gave me a blank stare and said, “You can’t be serious. God hasn’t spoken to me about it yet,” but she agreed that we would both pray about it. “If God is telling that to you,” she said, “He’ll tell me, too.”

One weekend not long afterward we flew to Atlanta again to continue the job discussions. We were at Don Patterson’s home, and Toni was talking with Mrs. Patterson. Suddenly, Toni started crying uncontrollably. “If this is what God wants,” she sobbed, “we’ll come.”

I could understand Toni’s tears. In one sense, it was like a funeral and the grieving process that goes with it. We were saying good-bye to a fondly loved part of our life. And my efforts to rise to the top of GM had consumed much of my time and attention. Things would never be the same again.

Arriving at our decision did not resolve all of our problems. Leaving GM, for example, was more difficult than I thought it would be. When I turned in my resignation to my supervisor, he was alarmed. He was afraid I had been offended somehow or that the job was not meeting my needs. Almost immediately I was offered a new position and more money. I tried to explain why I was quitting, but he insisted that I see the corporate vice president of GM personally to explain.

I can remember driving up I-75 to Detroit, with tears trickling from my eyes. My boss had asked me to use his car, a new Cadillac Eldorado, for the trip. Traveling in the comfort of one of the best vehicles my company made, I was driving to the corporate headquarters, the place I had set my career sights to reach. “God, are you asking me to give up all this? Look at all the things I can do for you here.” The Lord seemed to answer, “Tom, do you love Me? Whom do you love?”

In spite of my misgivings, I clung to my resolve to leave GM. After I had convinced another executive that I was not leaving because of anything the company had done, he said, “Tom, I’m glad you didn’t take another position we would offer you. That shows me what you have is real.”

Leaving a successful career with a major corporation is not something God asks all Christian businessmen to do. I know a number of Christians who are working and serving the Lord very effectively in huge corporations, but in my situation, He had to get my attention. Psalm 51:17 says, “The sacrifices of God are a broken spirit; a broken and contrite heart, 0 God, you will not despise.” That was what God was doing – breaking me so that I might be more useable for His purposes. I also had the assurance of Psalm 84:11, “No good thing does He withhold from those who walk uprightly” (NAS). We were leaving some cherished things behind but were confident God had even better things planned for us.

The brokenness process did not end with our relocating to Atlanta. Edwards Baking Company, in the midst of a growth plan that would quadruple its production, experienced financial setbacks soon after I arrived. Because I was heading the personnel department, I had the unpleasant job of laying off dozens of people as cash flow failed to keep up with growth projections. I was also struggling personally. We had difficulty selling our house in Detroit, and the combined mortgage and rent payments were taking a financial toll on my family. Did I make the wrong decision? Had I misinterpreted God’s intentions? More than once I was tempted to pick up the phone and see if I could get my old job back at GM.

Having never been involved in a situation like that, I was disillusioned. Any day, I feared, my job would cease to exist, along with my ability to provide for my family. But as one Bible scholar has said, “Never doubt in darkness what God shows you in the light.”

The continuing problems kept me on my knees before God. He was teaching and building character into me, although it was not a curriculum I would have chosen for myself. You see, as the Lord was building character, He was stripping away my crutches until there was nothing to depend on but Him. I was in the middle of a battle of wills: God’s and mine. Being an achiever, I always worked to find options, but the Lord needed to show me that His was the only way. God created me goal-oriented, but He wanted me to be more eternally goal-oriented. I needed to understand God’s perspective on success: One thousand years from now, is what I’m doing now going to count?

And one thousand years from now, I’ll know that I had the time to spend with my wife and family, striving to be the spiritual leader and model that God intended for me to be – so that my children, and their children’s children, will know and love God through His Son, Jesus Christ. I will also have had the opportunity to demonstrate to others what it means to take a strong stand for Jesus Christ in the marketplace.

Edwards Baking Company is now growing, expanding, and introducing many new products. But we know there are no guarantees. And I’ve learned my lesson. I’m not depending on a corporation or a company; my confidence is not in fringe benefits. My trust must be totally in the Lord.

Colossians 3:23-24 tells us, “Whatever you do, work at it with all your heart, as working for the Lord, not for men, since you know that you will receive an inheritance from the Lord as a reward. It is the Lord Christ you are serving.” That, I believe, is what success is about.