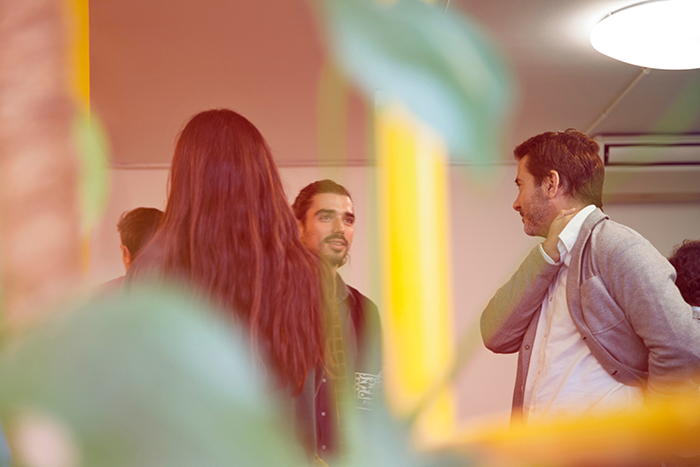 When the Lord took hold of Charles Jemison, He tamed a tiger. Jemison is a supervisor for a manufacturing firm. He had accepted Christ at an early age. The demanding work schedule of the aggressive Jemison preempted church attendance. As he progressed in his position, Charles's schedule became more demanding. Thus fellowship and worship with other believers was limited. As the company he worked with grew, weekend work took priority, and Charles was rarely seen at the church he and his family attended.

Jemison and his family knew his work would be demanding and time consuming, but they believed his weekend work schedule would change, and he had grown comfortable devoting every day of the week to work. What began as a short term endurance race was now the pattern of his life. Charles quit going to church, and soon his personal time of prayer and Bible study ended as well. Charles was an accident waiting to happen.

A Bend in the Road
One Tuesday morning, Jemison received an urgent call informing him that a coworker had filed a complaint against him alleging sexual harassment. The months ahead were filled with depositions and conferences with his attorneys. Charles was slipping away emotionally. The possibility that the details of this case would become public caused him to face the fact that his career was in jeopardy. Charles fell deeper and deeper into an emotional pit. He hit his low point in life.

Fortunately, he was married to a godly woman. She knew that only God could bring her husband back, and she led him to begin reading the Psalms. Jemison found himself under the care of the Great Physician. His hunger for God's Word became insatiable. As he moved beyond Psalms to other books of the Bible, God actively taught the stubborn supervisor who was in control. Jemison embarked on a new pattern of prayer, study, personal, and corporate worship. God lifted Charles out of the depths of his despair to an intimate relationship with Him.

Charles Jemison was back! Renewed and regenerated, Jemison bounded into his office at the manufacturing plant with a refreshed zeal for living and an obvious commitment to his Lord. He started attending church with his family. He even began to financially support a South American missionary.

Each month Charles instructed his secretary to write a check directly to the missionary. Jemison spoke openly with his coworkers about the events at his church, and how he would like to offer even more assistance to God's man south of the border. Jemison was indeed a changed man, but not a perfect man. He looked up to missionaries as dedicated people who take the gospel overseas to foreign lands, but he never thought about how many of his coworkers needed Jesus.

It took the possibility of a ruined career to bring Jemison back to God. It took a tragedy for him to see the mission field on which he was standing, his workplace. Shay was one of the production line employees who worked with Jemison. One morning she did not report to work. This was unusual because Shay was always punctual. Soon the news of her fatal accident on the way to work swept the plant.

Jemison and his staff were devastated. "You cannot work this closely with someone and not feel the enormous impact of the loss," he told the staff. He continued speaking in an effort to comfort his coworkers. "While we will miss Shay now, we will see her in heaven!" A hush fell over the room as Charles spoke those words. Tears flooded the eyes of those who really knew Shay. Sensing an increasing intensity of grief among his associates, Jemison offered these words, "In a tough time like this we must trust in the Scriptures, which assure us that when believers in Jesus Christ die, they will be with Him in glory!" A voice wavering under the emotional impact of the news spoke up and stopped Jemison cold. "That is just the problem, Mr. Jemison, Shay was not a Christian." Shay had heard all the reports of the activity of Jemison and his church. She knew Jemison was committed to his cause, but she had never been presented with the message of Jesus Christ. Shay never understood that Christianity is not a cause, but an eternal relationship with our Maker.

On the Right Road?
Now Jemison asked himself, "Why didn't I share Christ with Shay directly?" Shay was a good and moral person. It is easy to understand how Charles may have assumed Shay was a Christian. But being good and being moral by itself will not provide eternal life with the Creator.

It is also possible that Jemison thought he had shared Christ with Shay and the others in his office when he told them about his church's activities. Maybe, the now sorrowful supervisor assumed, Shay would find Christ through the knowledge that her boss supported a South American missionary. Jemison may have sincerely thought that Shay would catch his faith and be saved.

But Jesus is clear on that point! "I am the way and the truth and the life. No one comes to the Father except through Me" (John 14:16.). Shay could not come to the Lord through Charles Jemison, only through our Savior, Jesus Christ. Our coworkers will not come to Christ simply because we live good and moral lives and talk about our faith related activities. Our faith is not a cause that people catch, it is the truth intended to confront and convict.

Maybe Jemison knew what he was doing. Maybe he made a conscious decision not to evangelize his coworkers. Many Christians today suffer from the misguided belief that it is inappropriate to share with others in the workplace the truth of Jesus Christ. If you think like this, ask yourself, "Is it appropriate that persons spend eternity separated from God?" Peter wrote of our Lord, "He is patient with you, not wanting anyone to perish, but everyone to come to repentance." (II Pet. 3:9)

"Not at work," you say. "I will share the gospel with my coworkers somewhere else." Where and when will you share your Lord with the needful from the office? The odds are that you never see most of your coworkers during nonworking hours. So when and where are you going to share the gospel with them? If you don't get around to it, who will? Charles Jemison may have used this argument and rationalized his way out of confronting his coworkers. Shay, his colleague, paid the eternal price for Charles's decision to defer sharing the convicting truth of God.

Another explanation for Jemison's inaction is probably the most dangerous. He may have wanted to reflect on the possibility of presenting Christ to his office. Jemison may have felt the subject required more study. Maybe he was simply unsure of his ability to share his faith. Jemison may have been lingering in the sin of indecision.

Indecision is a trap that catches us from time to time. It sounds acceptable to say we are studying the subject or that we are in training. Others applaud us for our interest in learning how we can do more for our Lord. A certain amount of study and training is helpful and needed, but too often the warmth of the study and training environment holds us back from actually entering the arena. Let's be honest, we frequently find that more study and training are needed because the coziness of our world is much less intimidating than the reality of taking the point for Christ into a real world situation, especially a work world situation.

Indecision is very dangerous because it hides behind acceptable concerns and true needs. We need study and training in this area, but the finest training is a waste of time if we don't use it. Study and train, and then act decisively.

Jesus did not command us to wait and develop a theory. He told us to "go and make disciples."(Matt. 28:19.) Maybe you are an active missionary in your community. Your church may sponsor a soup kitchen or a clothes closet. I hope you are a part of those efforts. You may give money to help in those activities. If so, you are providing a necessary resource, and you are a vital member of the missions team. You are acting decisively in your community missions.

Most of our mission efforts are directed toward those who appear different from us. The housing project on the other side of town, the homeless living under a downtown bridge, and underprivileged children, are favorite targets of our mission related endeavors. All of these groups are worthy of hearing the gospel of Christ, and I strongly support any effort to evangelize them.

My challenge to you, however, is to add another venue to your mission mind set – your workplace. There you will find people that look very much like you look. In your workplace, most of your coworkers are in your economic class. You probably have similar needs and life situations. But do not let appearances lull you into an assumption that you and your coworkers share a common belief in Jesus Christ.

I ask you to make a Christ-honoring judgment about your coworkers based on their hearts and not their outward appearances. Jesus spoke to our tendency to make incorrect judgments when He told a crowd, "Stop judging by mere appearances, and make a right judgment" (John 7:24). We should evangelize persons based on their need for Christ, not on what we believe based solely on their appearance. Appearances can be deceiving. Just ask Charles Jemison.

I also call you to take your stand because I believe God is calling a multitude of Christians in the marketplace to rise up and be counted for Him. Some may ask, "Is it appropriate to discuss Christ at work?" God gave you work for the purpose of building His kingdom and a civilization that honors Him. God created work. He owns it. My question is, why is it not appropriate to discuss Christ at work? The philosophy driving capturing your workplace for Christ is that you must demonstrate your love for Christ in and through your work before your words will be heard. Decisive Christ honoring action is needed. You are God's envoy in your place of employment.

Shay's life has been lost for all eternity. Jemison could have shared the message of Christ with Shay, but he didn't. What will be said of you? As you look in the eyes of your coworkers today, ask yourself this question, "Am I absolutely certain that this colleague is bound for eternity with Jesus Christ?" If your answer to this question for just one of your coworkers is no, then you need to get serious about transforming your workplace for Christ!