Would Moses Have Made a Good CEO? 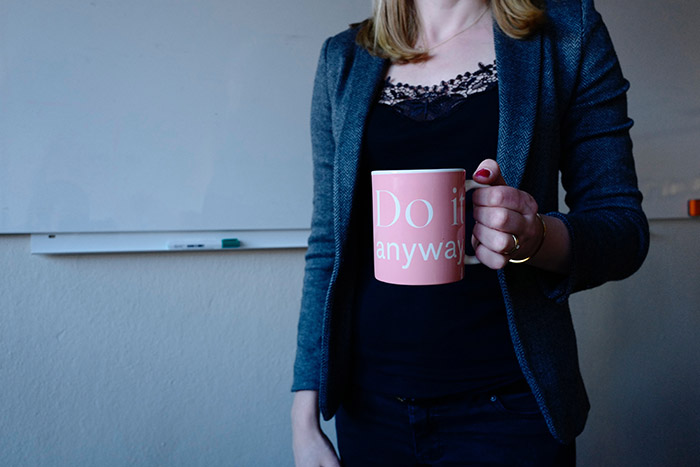 Today’s workplace is a largely untapped mission field where God wants to use each person regardless of level, position, or title. But to whom much is given, much is expected. Since workplace culture is influenced from the top down, Christian leaders and CEOs have a tremendous opportunity to reap a harvest for the Lord by their example and business practices. All God asks of anyone in the workplace is to be faithful and obedient to him. A perfect example of this is Moses.

In the movie “The Ten Commandments,” Moses is portrayed with an overflowing self-confidence and determination as he rises up to be a larger-than-life leader for the people of Israel. And when Moses steps down as their leader, he has an impressive list of accomplishments that any retiring executive would envy. But we forget that Moses did not start that way.

Moses was a common man who had everything a person could want by the world’s standards, but then he fell from grace and was dishonored. He became a Hebrew slave, he stuttered, and he murdered a man. He went from being a prince living in a palace, and the possible successor to the King of Egypt, to the position of a shepherd.

As a result, Moses may have lost his faith in himself. He may have thought that he would never do anything great or rise to a position of importance. But God never lost faith in Moses. In their first encounter at the burning bush, Moses protests and pleads with God four times that he is not equipped to be the leader that God is looking for.

“But who am I to appear before Pharaoh?” Moses asked God. “How can you expect me to lead the Israelites out of Egypt?” (Exodus 3:11).

Out of obedience to God, Moses finally accepts the commission as leader of the Israelites. God equips Moses with just his walking staff, his brother Aaron, and three miracles. Training was going to be on the job.

By the end of his life, Moses had overseen the creation and development of the first Israelite systems of worship, the anointing of the family line of his brother Aaron as priests, and the development of a leadership team and successor to lead the people of Israel. Through him God promulgated the Law, including the Ten Commandments, the criminal code, and the whole legal system of governance for the community. Moses brought this organization of people to the point of a strategic acquisition of the Promised Land. And for 40 years in the desert, he held the people accountable to follow acceptable behavior, goals, and objectives, and helped them become a nation under the laws of God.

As Christian leaders we follow a “higher calling” to live out God’s purpose for our lives. Success is not measured in riches and power, but in service to others. And often there’s a personal cost associated with turning from “earthly values” to “godly values.”

Moses reluctantly started his 40-year assignment as a humble servant of the Lord. The nation of Israel was more than twice the size of Wal-Mart, which leads the list of Fortune 100 companies. Moses knew that he did not have all the training and experience needed for such a big job. He constantly petitioned God for advice and direction, and he freely surrendered to God’s will.

This organization, called the nation of Israel, lacked a strategic plan, direction, and specific goals – for more than 40 years! Moses had to repeatedly restate the “vision” that God had given him, sell and resell that vision, then ultimately ask people to have faith and trust in God’s plan. He spent much of his life dealing with those who didn’t catch the vision, but he was always a living example of faith and obedience to God and he required that of others.

During his 40-year journey, Moses faced many of the same challenges that business leaders and executives face on a regular basis: holding people accountable, empowering others, succession planning, training and development, retention and turnover, politics, and a hostile takeover.

Moses knew that one person cannot lead an organization alone and that too much responsibility in one person slows down an organization’s effectiveness. As he cried out to God, he knew that he needed to develop and empower his leadership team and hold them accountable. He said, “I can’t carry all of these people by myself! The load is far too heavy!” (Numbers 11:14).

Moses did three important things as a leader with a difficult organization:
1. He trained and prepared the people through adherence to God’s laws, processes, and procedures.
2. He shaped behavior and performance by holding people accountable.
3. He organized and created structure in a loose and ineffective organization.

He also understood what it takes to lead an organization into its next phase of growth and development. Then Moses said to the Lord, “O Lord […] please appoint a new leader for the community. Give them someone who will lead them into battle, so the people of the Lord will not be like sheep without a shepherd” (Numbers 27:15-17).

In many organizations, seeing the vision is one thing but realizing it is another. Moses and the Israelites only realized their vision and goals after persistent effort and considerable suffering and growth – and then only in God’s time.

Would Moses make a good CEO or business leader today? He saw his work and his job as an anointing from God and he believed his organization was his mission field. With God’s power and teaching, he became both their leader and their shepherd.

Those who are called by God to positions of leadership are the shepherds of the people in their organizations. As God transformed Moses from a reluctant leader to one who fulfilled his purpose, so too will God transform your business and leadership for his glory – if you let him.