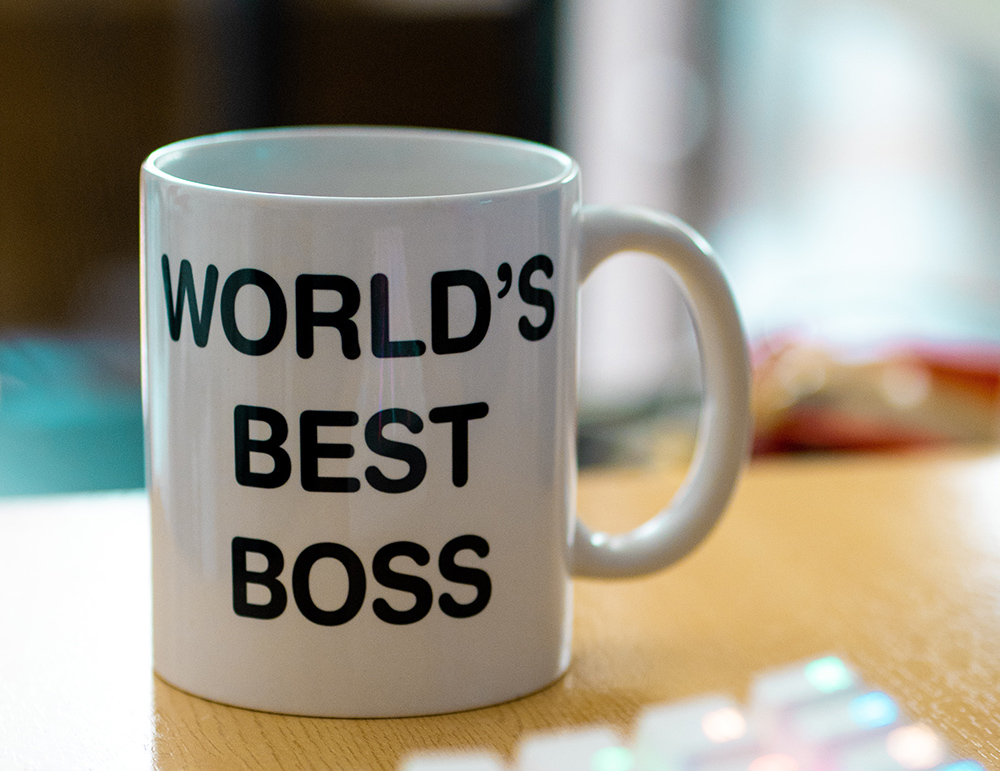 This article deals with the unique problems experienced by Christians when they supervise others or are employees. In the focus group discussion that formed the basis for part of this chapter, much of our conversation dealt with the supervisor’s perspective. The points that were raised, however, are equally relevant to those who are being supervised. What difference does being a Christian make in how you manage your employees? What difference does it make in how you relate to your boss?

Snapshots from the Present

“I don’t think you can generalize about an employee’s performance on the basis of whether or not he or she is a Christian.” This was the opinion of a former public official. “I’ve often had higher expectations for my Christian employees, but I’ve learned not to get my hopes up. I’ve been disappointed too many times.”

This person went on to tell about one of his assistants, a Christian, who he felt took advantage of the relationship. “This fellow would do irritating and unproductive things, like consistently coming late to staff meetings. I don’t know why he did it; I guess he thought that he could take advantage of me and that I wouldn’t do anything about it.

“One time there was a secretary, a Christian, who worked for a person under me. I had excellent rapport with this woman and she shared a lot about what was going on in the organization. Unfortunately, other secretaries got wind of this and it created an awkward situation. I had to stop talking to this person.”

Tom, who works for a large company, said he has had a Christian working for him and that he had a very special relationship with this person. “One time this fellow came in and talked to me about a job offer in another city. We prayed about it, and I recommended that he take it.” Tom went on to say that the relationship had never created jealousy among other employees. “I really valued our relationship,” he said.

Don, who has his own company, a high-tech start-up venture, noted that in judging Christian employees we need to recognize the various levels of Christian maturity in people. “Some brand new Christians are not going to act much differently than they did before they were saved. We make a mistake in expecting these people to perform at a maturity level that is way above them. On the other hand, we have every right to have higher expectations of more mature brothers and sisters in Christ.”

Issues for the Christian Employer and Employee

Are professing Christians, who are supervisors, under pressure to perform at higher levels than other managers? Are Christian managers supposed to have better control of their tempers? Should they be more compassionate? Be less demanding? Have greater integrity?

Several in the group admitted that they had, on several occasions, lost their tempers with one of their employees. However, there was a difference of opinion on whether this was good or bad. One person said, “I tried, for many years, to control my temper. Then my wife once asked me why I held back. Reflecting on her comment, I agreed that I shouldn’t suppress my feelings. Since that time I have gotten very upset at what I considered to be poor or unacceptable performance, and I let the employee know it in no uncertain terms. I feel better about myself when I let these employees know how I feel. I feel I owe it to them to let them know.”

Chuck told about several instances where he had blown up at an employee. “After it happened and I had a chance to think about it, I felt bad. In fact, in nearly every case I called up the person at home at night and apologized. The Bible says that we shouldn’t let the sun set on our anger and that we should get things resolved as soon as possible. I feel this approach works for me.”

The delicate issue of how to relate to employees in terms of showing our humanness or frailties was also discussed. One person said, “I’ve noticed that when you give people the impression that you have your life under control, that you have your act together, very few people come to you to share their problems. On the other hand, those persons whose lives are filled with difficulties seem to attract a following of others who want to share their personal problems.” As supervisors, what sort of face do we present? How approachable do we want to be? The conventional wisdom, at least in some quarters, is that a manager shouldn’t become too involved with employees and their problems. Is this a valid option for Christians who supervise others?

Tom shared with the group that he had been downgraded at work because of his tendency to let his feelings show. “I tend to let it all hang out; that’s the way I am. My boss says that my behavior is sometimes unprofessional, and he has reproved me for it. But I don’t plan to change. I’m going to be myself; I’m not going to put on an act. Life is too short for that.”

Don felt there is a delicate balance in how much of ourselves we reveal to our employees. There are real dangers, he said, in going too far in terms of letting employees see into every nook and cranny of our personalities and lives. On the other hand, we don’t want to appear to be “holier than thou,“ or that we are immune from problems.

Another person talked about the need for supervisors to be honest with their employees, especially in sharing about employee performance. “Employees are usually hungry for feedback on how well they are doing their jobs. We have an obligation to provide this in an honest and straightforward way.”

What are the most important things a Christian supervisor brings to the job that might be absent in a non-Christian manager? One person said that prayer for employees is the most important contribution that a Christian can make in improving supervisor-employee relationships. “When I pray for an employee, the Lord often gives me a different perspective about that person, and I tend to have a much greater ability to see the situation from that employee’s point of view.” Tom agreed, saying, “When I’m praying for my employees, I am much more sensitive about my effect on these people as their manager. I listen better. I care more about them.”

Snapshot from the Past: Daniel the Prophet (Dan. 6)

The following is quoted from Marketplace Networks, January, 1988, a publication of InterVarsity Christian Fellowship.

Daniel’s bosses were every bit as tough to work for as yours. They were constantly afraid of losing their own jobs, and tended to evaluate everything Daniel did in terms of how good it made them look. They were gullible – believing everything their boss said as if it were written in stone. And worst of all, Daniel’s supervisors were absolutely vicious towards employees who didn’t measure up – even to the point of throwing them in jail.

Clearly, Daniel would have felt right at home in the modern, secular workplace – the problems are all too familiar. You might even identify with his particular career path. Because even though Daniel is often described as a prophet, his first job was actually as a trainee, or intern, in government business. Before long he developed strong skills as an analyst and counselor. Eventually he grew into a management role, first under Nebuchadnezzar, then under Belshazzar, and finally under King Darius.

In fact, Daniel became so well-respected for his abilities that from time to time he was called on to be a negotiator between competitive or even warring factions.

So in spite of his hostile, sometimes terrifying work environment, Daniel managed to build a distinguished career. He had a profound impact on the system, and even won the full admiration and respect of his employers.

Ephesians 6:5-9 describes the relationship between master and slave. How do you see the points included in these verses on respect, sincerity of heart, obedience, and serving wholeheartedly relating to the employee-supervisor relationship today? Verse 7 suggests that we are working for the Lord, not someone else. If you agree with this, how does it affect your attitude toward work? The passages conclude by saying that masters should have the same attitudes toward their slaves and should show no favoritism.

Read Exodus 18:13-27. This passage describes how Moses organized the Israelites in order to have a functioning nation and not wear himself out. This is a good example of the delegation of responsibility and authority that is just as applicable today as it was in the time of Moses. What are some major differences between a good organization and a bad one?

In Acts 6:1-7 we have an example of organization in the early church. There was a division of responsibility and delegation of authority to various individuals. There were supervisors and individuals being supervised. Do you think there were ever problems? Inept supervisors? Ineffective employees? How do you think the early church leaders would have tried to resolve these problems?

Philippians 2:14, 15 states, “Do everything without complaining or arguing, so that you may become blameless and pure, children of God without fault in a crooked and depraved generation, in which you shine like stars in the universe.” How would you apply this text to supervisor-employee relationships?

The organization of the New Testament church is a model that is applicable to churches and many other organizations today. Read I Corinthians 12:12-31. This passage clearly illustrates that we all have different capabilities, or gifts, and that there has to be an organized approach to reaching people and performing the various ministries of the church. Do the same principles apply to your firm or business organization? If so, how?

Are there other good examples of proper organization, and the relationship between supervisors and employees in the Bible? Give one or two other examples.

Written by Dean Coddington and Donald Orvis, excerpted from Christianity in the Workplace: Your Faith on the Job (Lay Action Ministry Program / David C. Cook) Photo by Pablo Varela on Unsplash. Used by permission. Content distributed by WorkLife.org > Used for non-profit teaching purposes only.