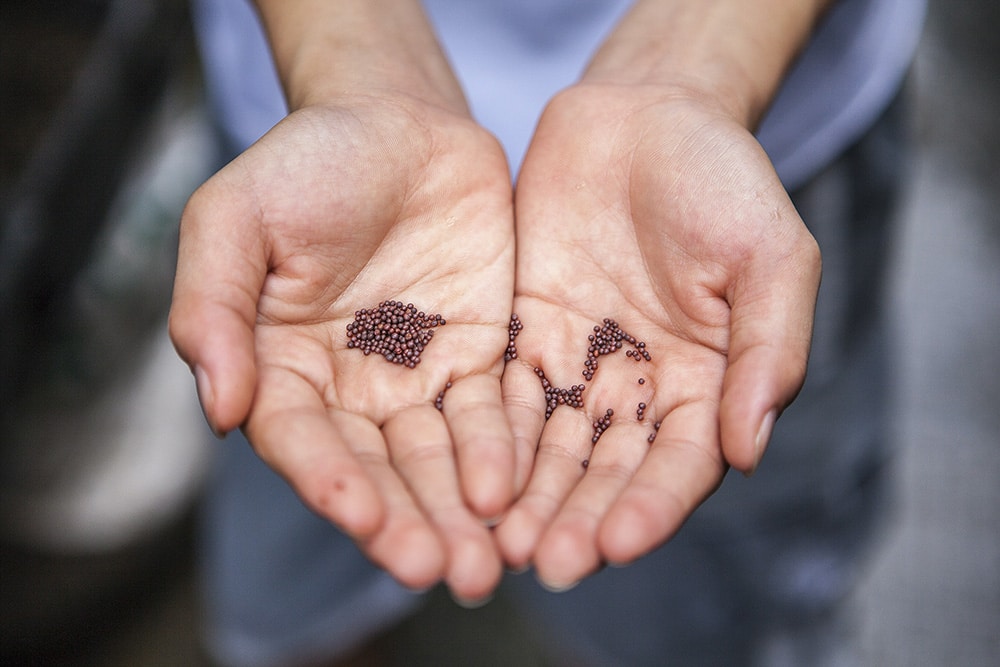 Tired of that job? We hear that a lot–and we may feel it at times. The third quarter numbers are in, and the boss is taking it out on you. All your co-workers cheat on the company and you don’t want to, but if you don’t it may expose their ways. What do you do? Work is good, but jobs are sometimes tough. God is the first worker, and in the opening chapter of the Bible God created Adam and Eve in his image and gave them a garden to tend. Work is good, but jobs are sometimes tough.

Daniel had a tough job. Some days he might have been singing the refrain of that country-western song, “Take this job and . . . .” Deported from his homeland as a young man, he was working for a pagan king. Governmental service is honorable, though often not easy. The Bible tells of many of God’s people who served in their governments, some by choice and some not, among them Joseph, Joshua, Deborah, David, Esther, Matthew, and Zaccheus.

Government isn’t the answer to all of society’s problems, nor is it the cause. God has ordained civil government for good purposes. These haven’t been great days for government. [The following examples may be outdated…] Our president’s private behavior in the White House has embarrassed us and brought shame to him, his family, and our government. Congress seems forever locked in partisan wrangling. An interview of the new governor of Minnesota was recently published in which he mocks religion and morality. Afghanistan is under one of the most oppressive regimes imaginable. Many of the nations in Africa and South American fail to reach their potential because of chronic poor government. The breakup of the Soviet Union, a good thing, has led to freedom for many eastern European nations that were not quite ready for it. We must remind ourselves that God ordained civil governments for good purposes. Without civil government, chaos reigns. Even with civil government, there is a lot of chaos.

Is your work related to government? Whether full time, part time, or as volunteer worker, it is good to work for the government and be a Daniel, a person of uncompromising integrity. To those of you who work in government I urge you to see that as your place of ministry, your place of influence. Let Daniel encourage you to be God’s person there. For all the stories of misbehavior by those in government service, there are many in government who serve honorably and make our lives better for it. About two centuries ago a young British politician named William Wilberforce became a Christian. Some friends urged him to leave politics and study theology. Some other friends counseled him to stay in politics and be God’s person there. He honored their wisdom and was the person God used in Parliament to end the British slave trade. On this shore, a young man named Abraham Lincoln read about him and was influenced positively. Serving in government can bring much good to the people.

In Daniel’s day, Nebuchadnezzar’s government looked to be in great shape. The polls were sky high; the Dow Jones numbers were off the chart. There was prosperity and success, but there were problems in his kingdom. Nebuchadnezzar was building monuments to his own glory while the needs of the poor were overlooked. Then he had another haunting dream, and he called on Daniel. Though its meaning was a bitter pill for Nebuchadnezzar to swallow, Daniel told him the true interpretation. Though all might have looked well in the kingdom, there were deep problems. Nebuchadnezzar’s pride was an offense to the one true God. ” O Nebuchadnezzar, to you it is declared: The kingdom is departed from you! ” God’s messenger calls on Nebuchadnezzar to ” atone for your sins with righteousness, and your iniquities with mercy to the oppressed. ” Such a message is not always received well by one’s boss. This may not be the best way to job security, but it allows one to sleep at night with a clear conscience.

The call for repentance included a specific call to show mercy to the oppressed. One of government’s most important tasks is to care for the neediest and the most vulnerable in society. Government alone is not the solution, but government is to be part of it. God has declared his concern for the merciful treatment of the needy and vulnerable. Let me preach to the choir: the church has a calling to show God’s care and love for the poor and the needy. We can do more in Brunswick. Our deacons are leading the way, but we can do more. If the church heeds its call and the government heeds its call, it will be a better society for everyone.

Let’s remember that earlier dream Nebuchadnezzar had, where a mighty statue representing four earthly kingdoms came down at the hand of a little stone, a fifth kingdom not made by human hands, the kingdom of our Lord. Every earthly kingdom, every nation, every government stands under the judgment of God. Our nation, the United States of America, is an amazing experiment in democracy. It has known great blessing. Yet it is flawed. It is not eternal. It will pass as all other nations and governments have or will. There is only one Kingdom which is just, merciful, and eternal – the Kingdom of God, not made with human hands. It is that Kingdom for we which we pray when we say, “Thy Kingdom come . . . .”

Nothing blocks God’s work in our lives like pride. Nebuchadnezzar fell in that age old trap of thinking he was a big deal, even that he was responsible for his own successes. God humbles the proud. We are all creatures – God alone is creator. Anything good in us is by God’s creative gifting, whether we admit it or not. In 1 Peter 5:5-6 we are reminded that “‘ God opposes the proud, but gives grace to the humble. Humble yourselves therefore under the mighty hand of God, so that he may exalt you in due time.” Jesus used a child to teach this truth, saying ” whoever becomes humble like this child is the greatest in the kingdom of heaven.” (Matthew 18:1-4) It seems that we have two choices: either to humble ourselves before the Lord, or to be humbled by the Lord. To humble ourselves before the Lord is a much better way, for the Lord loves to lift us up.

Humbling ourselves is not what many people think it is. It is not putting ourselves down. It is not berating ourselves or hating ourselves. It is not pretending that we are no good at anything. It is not acting as if we were worms. Rather it is acknowledging that God is the source of every good gift and we are totally dependent on him. It wouldn’t be humility for Michael Jordan to say that he can’t play basketball – it would be stupidity. Humility for Mariah Carey is not saying that she can’t carry a tune. Humility is acknowledging that all that we are is from God; it is gratefully confessing that God is God and we are not. Humility doesn’t mean that we bury our gifts, but that we use them to God’s glory and develop them as fully as we can. I know that my beloved Boston Red Sox are in deep trouble this playoff season (though not dead as I write this), but they have this outstanding pitcher named Pedro Martinez. In Wednesday’s newspaper he said of his pitching ability: “It’s a God-given gift and I work my tail off to develop it.” That’s the right posture: recognizing God as the giver of every gift and then developing the gift.

Nebuchadnezzar’s kingdom had become oppressive and odious, an offense to God. A kingdom is an opportunity to exert influence, whether for good or ill. Each of us has circles of influence, opportunities to make a difference in the lives of others. Each of us has little kingdoms, realms where we may make a difference for good or ill in the lives of others. Nebuchadnezzar was abusing his opportunity; Daniel was maximizing his. Daniel influenced Nebuchadnezzar positively. Nebuchadnezzar learned the language of Daniel. Read Daniel 4:34-37. These are the last words we ever hear from Nebuchadnezzar, and they praise the one true God. We don’t know if he really became a believer in Daniel’s God. We do know that Daniel influenced his thinking, his behavior, and his vocabulary.

How many of us have been encouraged in our faith by someone at our workplace? How many of us have been led to faith in Jesus by someone we met at work? Whether in government or elsewhere, let’s be positive influences for God’s Kingdom in our marketplaces. Here are three ways. First, affirm good work. Build up co-workers with words of affirmation. Second, resist evil, in little seemingly unimportant things. Model integrity. Third, pray for your co-workers. Lift their needs to the Lord. Pray for them in their daily work.

This is a mustard seed story. It has more to do with planting little seeds than felling a large tree. The key to the story was not Nebuchadnezzar’s pride, but Daniel’s faithfulness. In the grandeur of the Babylonian Kingdom, Daniel was one little foreigner serving at the will of a vain and proud king. In the glory of God’s Kingdom, Daniel was a faithful servant of the Most High God planting seeds of faith in that Babylonian Kingdom. Daniel made a positive difference in Nebuchadnezzar’s life. Whose lives are we influencing with mustard seed faith?