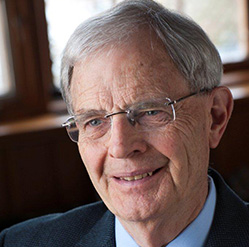 John D. Beckett was born and grew up in Elyria, Ohio, the oldest of three children. After attending public schools in Elyria, he graduated from M.I.T. in 1960 with a Bachelor of Science in Economics Mechanical Engineering. Following graduation he worked as an engineer in the aerospace industry.

He joined his father in a small family-owned manufacturing business in 1963, becoming president in 1965 upon the death of his father. He is now chairman of the company, and has helped guide the business to worldwide leadership in the manufacture and sales of engineered components for residential and commercial heating. The company, with its affiliates, currently has sales exceeding $100 million, with more than 600 employees.

Mr. Beckett has long been active in both church and community-related activities. He helped found Intercessors For America, a national prayer organization, in 1973 and continues to serve as its Board Chairman. He is a founding board member of The King’s College in New York City and serves on the board of Campus Crusade for Christ International.

His first book, Loving Monday: Succeeding in Business Without Selling Your Soul, was published in 1998 by InterVarsity Press. The book is Mr. Beckett’s account of how he has sought to practically integrate his faith and his work. It is currently available in 19 languages. Mr. Beckett’s second book, Mastering Monday: A Practical Guide to Integrating Faith and Work, was released in July 2006.

Mr. Beckett received honorary Doctor of Laws degrees from Spring Arbor University in 2002 and The King’s College in 2008. He has been named “Christian Businessman of the Year” by the Christian Broadcasting network (1999) and manufacturing “Entrepreneur of the Year” by Ernst Young (2003.)

Mr. Beckett resides in Elyria, Ohio with his wife, Wendy, to whom he has been married since 1961. They have six children and seventeen grandchildren. 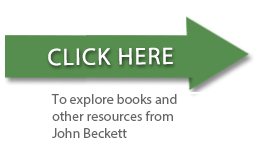